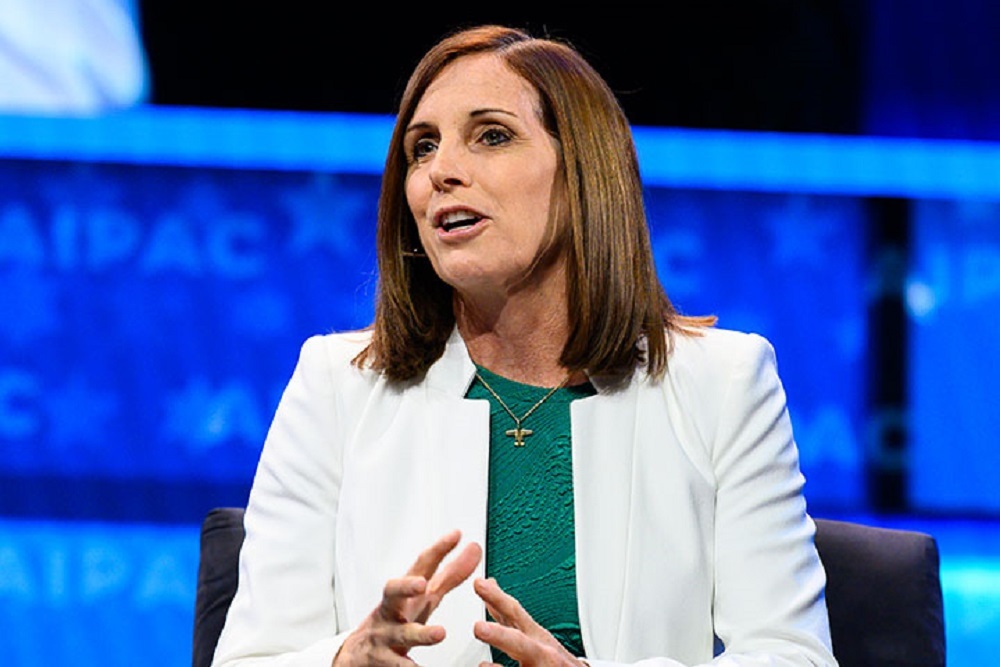 A secretive new “dark money” group is hitting the airwaves — and the road — to help Democrats win Arizona’s hotly contested Senate seat in 2020. Advancing AZ, which also goes by Honest Arizona, is hammering Sen. Martha McSally (R-Ariz.) over her vote to repeal much of the Affordable Care Act. The new group purchased nearly $155,000 worth of TV ads in Arizona to run through much of September, according to Federal Communications Commission records in OpenSecrets’ political ad database.“Tell Martha McSally to stop attacking our health care,” the 30-second ad tells viewers, displaying a phone number that redirects to McSally’s Washington, D.C., office.Incorporated as a 501(c)(4) nonprofit in April, Advancing AZ is not required to disclose its donors, leaving the public in the dark about who is bankrolling these ads. The group did not respond to a request for comment about its funding. Like similar dark money groups that have materialized to influence high-stakes Senate races, Advancing AZ has nebulous ties to Democratic establishment groups. The group’s chairman, Arizona resident Steve Gomez, was featured in an anti-McSally ad from Democratic dark money group Majority Forward that aired just before the 2018 election. In the ad, Gomez criticizes McSally for voting to repeal the Affordable Care Act, noting that his son “will forever be labeled as a pre-existing condition” due to a heart transplant he underwent shortly after birth. “Martha McSally voted to allow insurance companies to deny coverage to people like our son,” he says in the ad.Majority Forward was the top dark money spender of last year’s midterms, dumping more than $40 million into Senate races and shelling out $7 million in ads opposing McSally. The 501(c)(4) effectively functions as an arm of Senate Majority PAC, the flagship super PAC aligned with Senate Democrats known for proliferating the spread of its own pop-up PACs.McSally is likely to face well-funded Democrat Mark Kelly in 2020. Democratic groups see the Arizona Republican as particularly beatable after she lost to Sen. Kyrsten Sinema (D-Ariz.) in 2018 then was appointed to fill a vacant Senate seat. GOP senators in Iowa and Maine face similar attacks

Help us keep government accountable by making a donation today.

Advancing AZ is the latest in a string of Democratic dark money groups to pop up in states where a vulnerable Republican incumbent faces reelection next year.Another alliterative nonprofit, Maine Momentum, is running ads in the Pine Tree State lambasting Sen. Susan Collins (R-Maine) over her vote on the 2017 tax bill, arguing that it will lead to cuts to Medicare and Social Security. The anonymously-funded nonprofit Iowa Forward, which also goes by the name Iowa Voices, is running similar ads attacking Sen. Joni Ernst (R-Iowa) over her vote to repeal the Affordable Care Act. All three nonprofits were incorporated between April and May. None of the groups have a donate button on their remarkably similar websites, but nonetheless raised enough anonymous cash to fund six-figure ad campaigns in a matter of months. While Iowa Forward wheels around a billboard that attacks Ernst’s record on health care, Advancing AZ drives the “McSally Truth Truck” that attacks McSally’s record on health care. Both the Iowa and Arizona groups buy ads via Washington firm Targeted Platform Media, which was one of the highest-paid vendors during the 2016 election thanks to its work with Democratic super PAC Priorities USA Action. As the ads do not explicitly advocate for or against the Republican candidates’ elections and are not run in close proximity to the 2020 election, the spending is not required to be disclosed to the Federal Election Commission. That means Advancing AZ’s financiers and even details of its activities may remain hidden from voters whose opinions it is spending to influence.Advancing AZ is staffed by Arizona Democratic players. Sam Coppersmith, a one-term congressman from Arizona and former state Democratic party chair, is listed as a director for Advancing AZ. He’s currently a partner at Coppersmith Brockelman PLC, a Phoenix-area law firm. Hunter Henderson, one of the group’s advisory board members, works for the Democrats’ state-level super PAC, Forward Majority.  Current or former Democratic aides make up the ranks of the Iowa and Maine groups, too. Majority Forward and Senate Majority PAC did not respond to a request for comment about whether they are connected to the groups.

Want to get notified whenever we write about BLUEGRASS RURAL PAC ?

Sign-up Next time we write about BLUEGRASS RURAL PAC, we'll email you a link to the story. You may edit your settings or unsubscribe at any time.